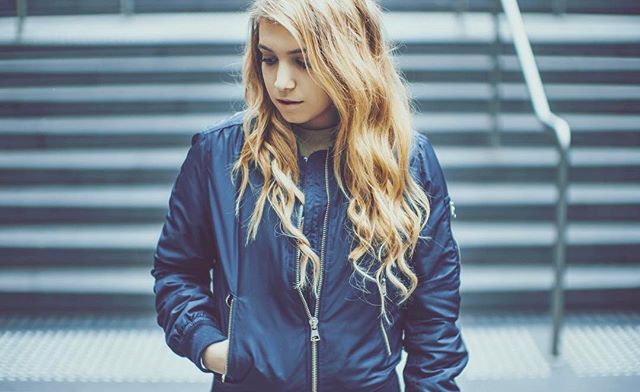 How did you choose “Life On The Run” to be your first iTunes single?  I chose to release “Life on the Run” as my first iTunes single because I think it is a good representation of who I really am as an artist. As the first thing I’m really putting out into the world, “Life on the Run” is kind of saying I’m going to be myself, and march to my “own beat of the drum.”  I think it is an inspiring song to people who want to strive for a dream and don’t know if they can do it.  I think you can do anything you want to do if you work hard enough.

You are in a unique position releasing material at such a young age: do you ever worry that you may look back later in your career and go ‘OH NO!!”?  I don’t think that releasing material at such a young age (my 19th birthday to be exact) would make me look back and worry. It’s all a learning process and you have to learn who your audience is and feel for what they like and don’t like and work from there. If I never put my songs out into the world, how would I know if people would fall for them? I also think an audience likes to see an artist evolve over time and I plan to continue to grow.

How do songs take shape for you typically ? For me, my songwriting varies from song to song- sometimes I am driving on the highway and have to pull over because I get this one phrase stuck in my head and I have to scribble it on my coffee cup before it goes away. Other times I sit down and start playing different chord progressions on my piano and guitar with varying rhythm, and once it sounds right to me I start humming along until I find a suiting melody, and the words just kind of flow from there. Each song is such a different experience- with some it takes an hour to write the root of the song while with others I could spend 6 months on it just to find the right words.

What’s the bigger high for you: writing, recording or playing live?   Wow that’s such a hard choice! Can I say all three? They are all so different it’s difficult to compare. Writing is something that has been a huge part of growing up for me. I write down the experiences that I’ve had or are new to me, then I compare them to ones I haven’t yet had a chance to experience. But recording is also amazing because it’s like I’m taking all of these ideas that are kind of jumbled up in my head, and they’re put into real solid music. I really get in such a deep zone when I’m recording that I can’t explain. Sometimes I forget what I’m doing and that other people are there listening while I sing into the mic. And lastly, performing is such an amazing experience. The second I step on stage it’s like I feel this connection with the audience that they understand me. It’s like we’re all one, and as I sing about the adversity I’ve faced, as many others have, I’m singing for them, not me. I want to tell them it will all be ok, empowering my audience as well as myself.

If you could open for any artist or band on a spill of east coast dates this summer, who would it be?  There are so many artists that I aspire to open for.  Of course Taylor Swift comes to mind, as such a dynamic player in the music industry.  She flawlessly switched from Country to Pop, a task no artist has surmounted with such supportive fans. I also would love to open for Christina Perri – her song “Jar of Hearts” was one of the first songs that I ever performed live and it really inspired me to write down-to-earth, relatable music. Sara Bareilles is also an amazing headliner – she is an artist I emulate and aspire to be like with her words of empowerment without a hint of cliche. Of course I would also be thrilled to open for bands with whom I am connected, such as Waiting for Henry, a group of great guys who have been supporting my hard work from the beginning.

How did you pick up guitar and what advice do you give to others who want to learn how to play?  I taught myself to play some simple chords on the piano which is how I started songwriting. After a while I really wanted to play guitar too so I started looking up how to play chords on google images! This really jump-started my ability to write songs, before I started taking lessons. My advice for someone learning to play guitar is to look up chords if you don’t want to pay for lessons, and keep repeating them until your fingers bleed. After a week or so you will stop hurting and your fingers will just remember where to be placed. From there, you can start writing songs! And for piano, you just need to learn the basic triad structure and go from there! 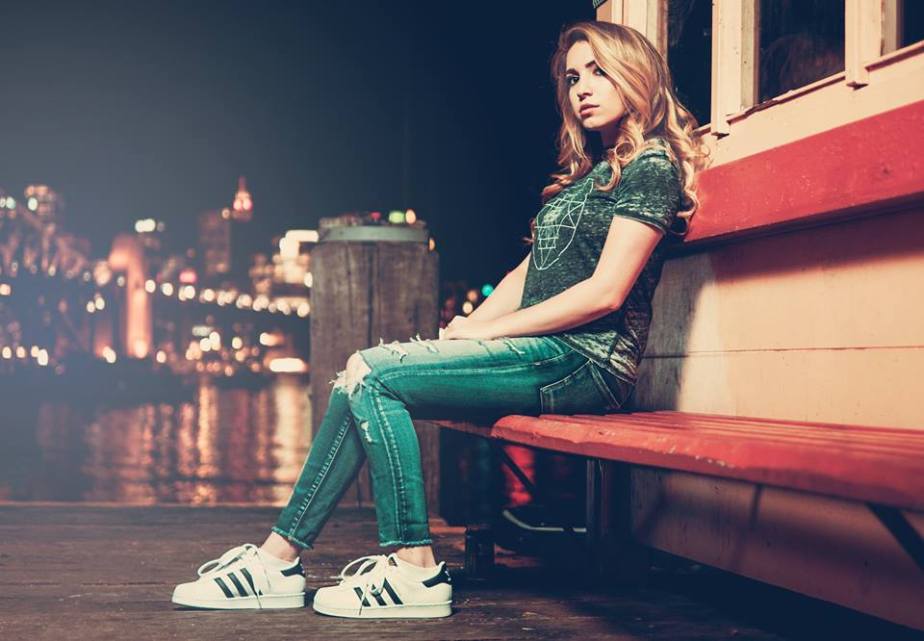 What were the first few albums you ever bought and what do you think of them today?  The first few albums I ever bought were from my parents, which definitely had a huge impact on my choice of music. As a young child I would listen to Dave Matthews and Coldplay in the car, so it really made me appreciate the deep music where the words had so much meaning and the instrumentation that was so captivating and complex. The upbeat party music was always fun too but that never really affected me the way that songs like “Yellow” by Coldplay did.  U2’s “Beautiful Day” was a perfect song when I needed to appreciate the little things in life or get motivated.

What’s your favorite song of all-time?  I would probably say “Fix You” by Coldplay – It was the song I resorted to throughout high school and it brought so many different emotions each time I listened to it. “Fix You” has this certain indescribable power to heal and unite people.

If you could have an alter ego performing in an alternate universe, what might she sound and look like?  If I were given the chance to be someone else, I would still choose to be me. There are billions of other people in the world but only one me, so if I’m not me then who am I? ~ LisaHeller.com