2.0  What is your favorite song on the record and why? Just one? Well, I’m gonna cheat. Originally, it was “Here”, because it was the first instance where I had whiteboarded a song: planned the entire arrangement before even rolling tape, followed through on it to a “t”, and it worked out exactly as I had hoped. Even better.But now, I think that it has become “Come On, Let’s Go”, just because it’s probably the prettiest thing that I have ever written. And (from the opposite perspective) the arrangement surprised me. I love the pedal steel.

3.0  Has pop eaten itself yet? If only it could reach…

4.0  If still alive, do you think Jimi Hendrix would be doing duets on the Grammy’s? Not sure. Probably not. I don’t think that, musically, he was heading the way that Clapton went; towards making pop music. He was gravitating more towards the Miles Davis camp… alienating a lot of his pop/radio audience, making longer jams, with more improvisation, and writing more-challenging compositions. But really, who knows how he would have aged? That’s a matter of personality and experience simmering in the cauldron of time. And that’s just not really something that we can know, is it? 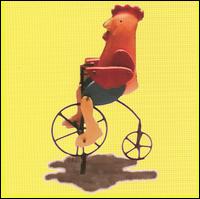 5.0  When you are writing, when does a song actually become a song? When I say it is. It’s something that I can feel more than anything else. There has to be a connection there, personally and emotionally. Before then, it’s just a ditty.

6.0  What is the best concert you have ever seen? I’ve seen some great ones: Television comes to mind, during their 1992 reunion. But, still, hands-down the best show was Tom Zé at the Park West in 1999. It was the only time that he’s toured the States and I am so glad that I saw him. He only brought one musician with him from Brazil, and then used Tortoise as his backing band. He was 65 at the time, and was still bouncing all over the stage, playing percussion, guitar, whatever. For the final encore, he donned a welding mask, wheeled out a 15-ft. industrial saw, and started sawing away at a piece of sheet metal. With sparks flying, the rest of the band joined him in a syncopated, polyrhythmic improv. So cool.

7.0  Have you ever had a “rock & roll moment” on stage where you felt pretty damn cool?  I opened for Freedy Johnston at Schubas back in 2000 or 2001. A pretty much packed house. And, for my final song, I played “Happy Days” (which is on the new album). The song ends with a “na-na” part, and I actually got the entire room to join in a singalong. 250 or so total strangers, singing my song with me. It was amazing.

8.0  Any close encounters with rock stars, were they cool? Several. I used to write for a local music rag in college. But, the best one was when I interviewed Richard Lloyd (Television, Matthew Sweet) before a show in 1992. He was pretty detached and spoke with a thick, thick New York accent, like you would expect from a 70’s Bowery Boy. Still, he gave excellent, interesting answers to my questions. Also, in the 90’s I had mutual friends with the guys in Urge Overkill. Very nice guys. Actually, Nils St, Cyr (who took over for King Roeser, when he left the band) played on two songs on Chicken on a Bicycle. So that connection paid off.

9.0   If The Replacements had never broken up would they have ever “made it”? No. They weren’t pretty enough. They’d probably be opening shows for the Goo Goo Dolls today.

10.0   If you could choose a single word nickname for yourself that stuck, as a pop star, what would it be ?The King of Nothing That Matters ~