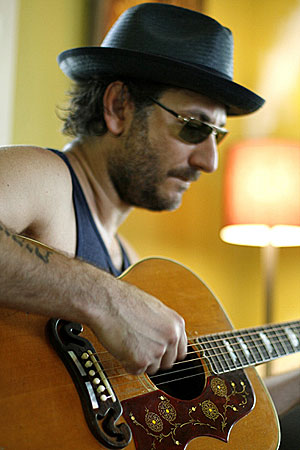 What do you feel is the high point of your new release, The Honeydogs; What Comes After?

This whole record feels like a solid offering to me. Hard to pick faves, just like your own children. The ending of “Devil We Do,”  “Broke it, Buy It,” The string arrangements on “Everything in its Place” and “Turned Around.”

What other Honeydogs release would you say is closest kin to the newbie?

Hmmmmmm.  The record feels like a synthesis of our older roots records with some of the more elaborately arranged records of the last decade.   It has elements of our first two, and a few moments of 10,000 Years or Amygdala.

Now ten albums on, has the process of choosing the album title changed at all and how does “What Comes After” sum up what this record is bout to you?

Album titles are in some ways like song titles.  They have some significance.  “What Comes After” has a bit of a spiritual ring to it–i was thinking about life and death matters quite a bit in the last year.  it’s also self-referential as an artist–I always like to keep moving forward artistically.  I have a number of projects percolating, and feel in a more creatively productive period than at any point in my career.  I hope to continue to always ask the question, “what comes after?”

How do you work as a band when it comes to new material; has it changed over the years?

As the band has gotten more adept at learning songs the unit has become accomplished in the art of learning tunes on the spot; this record I brought a lot of songs the band had never heard.  They learned the songs and we tracked them immediately, sometimes in one or two takes.  That said, the band and my songwriting, while having a signature style, has always tried to not be predictable.  We don’t want to retread previous charted territory.  The band as players have developed some great antennae and abilities to learn quickly and fashion parts that feel new. This record was the easiest one we’ve ever made.  We worked with young engineers.  The band didn’t labor over details and we tried to retain as many of basic tracks and vocals as possible.

When is it time to get into the studio for The Honeydogs? Is it an organic process or does it take a lot of pre-production at this point?

its time to go in the studio when I feel like I’ve got enough songs to work with.  The band loves being in the studio.  We grow a great deal every time we do this.  As I mentioned, little or no pre-production happened on songs for this record.  It is a very collective process of giving shape to a new body of work.  I always have ideas and make suggestions about parts.  But the more we work together, the more I trust everyone’s amazing instincts in this band.

Did you have any personal goals for this record?

Sometimes not having expectations has some interesting results.  We didn’t have big plans tracking this record.  I felt like the songs were very personal and felt very comfortable in the studio with results happening quickly.  Not having any expectations always leaves you pleasantly surprised.

How did you gravitate toward ‘folk’ as the framework for your expression as a young artist?

I grew up with the 1970’s pop folk landscape of radio. All of those bands listened to blues and folk and country.  My early favorites were all bands that merged older American musical styles with various other musical traditions.  I studied cultural anthropology in college and managed to soak up a lot of early American music in my studies.  I played in country VFW bands, old school honkytonk, and woodshedded to old blues and jazz records.  My early songwriting leaned heavily on Merle Haggard, Gram Parsons, Richard Thompson, Dylan…I never wanted to be a museum piece simply curating old musics and always had it in my mind to refer to these musics while offering something different.  My favorite artists have used the past as a touchstone to produce inspired hybrids and fresh interpretations.

What was the first song you ever learned to play and sing at the same time?

Who was your favorite guitarist growing up?

What advice do you give young artists looking to hit the road?

Do it while you have time and freedom.  Create a great band.  Make everyone feel invested, loved, appreciated, and hope they areb equally driven.  It takes time to build a good team.  Be patient but be relentless and learn from failures…over and over and over.  Don’t listen to your parents.  I say that as a parent!