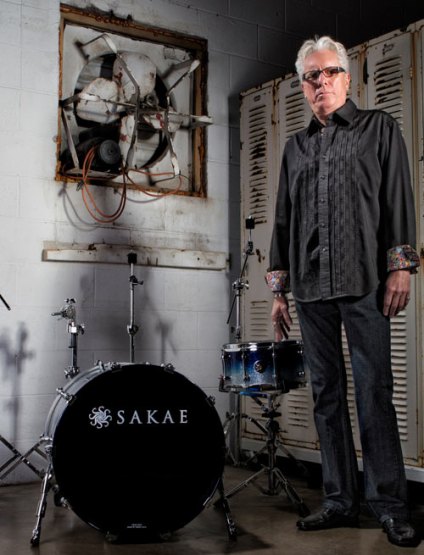 What was the first album you ever bought and what’s your favorite track on it today? I don’t remember the first album I bought, but I do remember one of the first albums that I remember hearing as a young kid. My dad played me the 1937/38 jazz concert at Carnegie Hall with Benny Goodman, Lionel Hampton, Teddy Wilson and the great Gene Krupa…..He is still my hero and my favorite drummer!! My dad also played me John Phillip Souza marching records as well and told me to listen to both and I would be allright….Ha !…I listened to Joey Dee and the Starlighters along with Chubby Checker with my parents……then the Beatles came along…favorite song was “Love Me Do”…great cymbal crash in that song.

Who were you favorite drummers as a kid? Growing up , I had a lot of drummers that I listened to….never tried to copy anyone…My favorite to this day would have to be Gene Krupa.

What groove, or musical style, came most natural to you at first? I started playing to records that I heard on top 40 radio…Beach Boys, etc. until the British invasion came to America…I still enjoyed the loose feel of Gene Krupa with the Goodman band….He seemed to play the way he wanted to…no rules. I am a huge bebop fan….1960 jazz from New York. 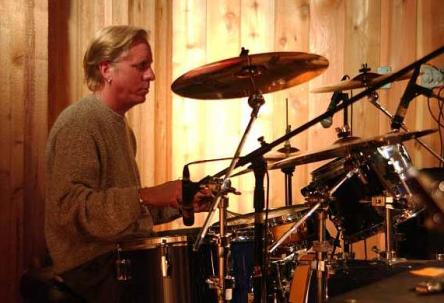 Looking back, was there a pivotal first ‘big break’ for you as it were?  Playing on the Ed Sullivan Show in 1971 was cool and my first semi rock star tour and album was with Bob Seger and I recorded the album Back in ’72 which contained the original version of ”Turn the Page “…  As you know, my career then started to go forward!!

Of all the kits you have owned and played, what is your all-time favorite?  Well, I have had a few…one was an old Camco kit which I wish I still had and my first Ludwig kit my Dad bought me when I was first starting out….Today, I am playing Sakae Almighty maple kit…..I left Yamaha after a 40 year relationship and endorsement with them….My favorite Yamaha kit would be my Maple Customs which are no longer available……Sakae made all Yamaha drums for 50 years.

Do you have a philosophy when it comes to recording?  Recording is a personal preference, but I will say that it is different than playing live, so I would recommend to any young drummer to learn how to do both…I did, and it was beneficial in my career. 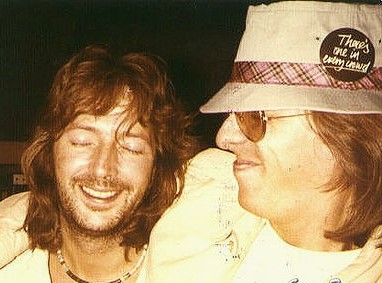 How important is your mind-set before going on stage and what do you do to get ‘ready’? Going on stage is still frightening to me…Their is always that split second thought before I go up on stage that I question if I really know what I am doing….Ha ! We are all insecure……But once the music starts, everything comes back to you and you feel comfortable ……I will walk around by myself before I go up on stage and think and say a few prayers to help me have a good show and remember the songs!!
Of all the studio material you recorded with Eric Clapton, which drum track are you most proud of today? I don’t really listen to myself after I have recorded an album….We spend enough time listening to tracks back in the studio, that by the time it is released, I don’t want to hear it anymore!!! probably “I Shot The Sheriff”, “She’s Waiting”, “Wonderful Tonight”, “Double Trouble”, “Motherless Children”….They are all pretty good I think. No real favorites. 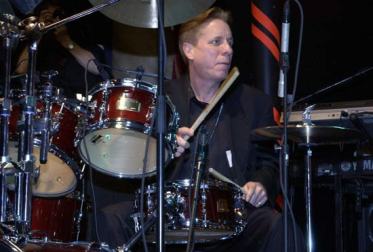 What is the scariest moment you ever experienced on the road or playing live? Private plane with Eric going through bad weather was no fun, splitting my head open at Pine Knob with Eric, still played the show with a nurse holding a towel over my head….21 stitches after show….Military chaos with Peter Frampton in South America…..Held hostage by government for a few days…. more of this in my book!!
What 3 albums make your deserted island play list? Miles Davis…Kind of Blue, The Tractors…Christmas Album, Novabossa….Novabossa. – Jamie Oldaker.com