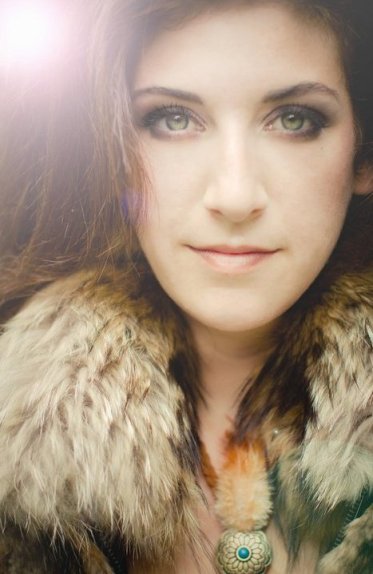 Perhaps that it’s real, it’s live, and you can see a mouse suddenly appear behind John’s lovely head in the “Hiding”‘ video.  That’s just my personal opinion.

2.0 – Did you have a sound in mind when you starting recording it or did it evolve?

It was more of a feeling I wanted people to remember.  The entire landscape of music has gone through drastic changes.  I wanted to do a live experiment with talented people to see how the variables would change the result.  It evolved as things do, once my team of amazing artist friends helped it become what it is.  The sum of their talent and personality, combined with other elements, created the sound.

3.0 – Do you consider branding & image as part of the artistic process?

When I found a wooden hard drive to go with the Barn Sessions package I was pretty pleased.  There is an overall aesthetic that is particular to each project.  I liked the wood because what people receive is the same material that shaped the acoustic environment where the music was created.   I am a creature who tries to be consistent.

4.0 – When did you start writing songs (originally) and what was your first?

This is a good question.  I would have to say if I really go back in time, I was writing in my head constantly, and piano melodies near my mother’s lap at 3 or 4 years old.  I remember listening to her voice when she would talk to people.  I remember thinking that her kindness created music in people.  I would play things that fit the scene of the room.  I would play to the moods of the people inhabiting the room.  I became aware of the power of simple observation, and began to understand how music was a doorway to change people’s emotional states.

5.0 – Do you have a philosophy when it comes to writing?

Stop thinking so much. :)

6.0 – And what about the stage and playing live?

There’s nothing like it at its best and its worst. 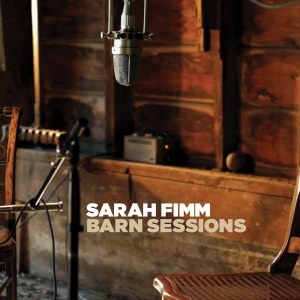 7.0 – How did you catch the folk bug originally?

I didn’t know I had it!  I came from rock. (Older brother-you know:)

-I work all the time at all aspects of everything I do. My friends tell me I really need to get out quite often luckily.  Playing music, and trying to survive as a musician, are two different things.  They both take extraordinary amounts of discipline and work.

That’s the hardest question.  If I had to choose, Brian Eno and Harold Budd. It brings me to a state of absolute serenity.

10.0 – What was the first concert you attended and how did it impact your life?

I think the first time I was truly impacted was either Tool, NIN, or Tori Amos.  It was all within the same week.  It really changed up the playing field.

Where did your affinity for traditional rock & roll begin? I was a young teenager, living out in the country.  A record store in the nearest town opened up, and I’d go there to special order hard-to-find stuff like The Stooges (you can’t find proto-punk in Buffalo Valley, Oklahoma). A cool girl who worked there gave me a gift- a Buddy Holly box set that was on the liquidation shelf.  When I heard his rockabilly stuff, primarily the Decca stuff (Blue Days Black Nights, etc.), it was so moving.  It was wild, rockin’ music, with country inflections, and full of life.  I had a little band then, and we started greasing our hair and putting Buddy Holly, Carl Perkins, and Jerry Lee Lewis in our repertoire alongside our Ramones, Nirvana, and Stooges material.  A very Oklahoman thing to do, it seemed.

What was the first record you ever purchased, does it still resonate with you? Raising Hell by Run D.M.C.  I helped my dad pull apart scrap metal in our barn, and I used that money to buy a tape deck along with that tape.   I love that record; it’s certainly a classic piece of American music.  Run DMC are the Bill Haley of hip hop. There’s something daring about the drum sound on that record.  It’s mixed like an 80’s hard rock record.

Are you happy with how “Sings & Signifiers” turned out? Yes, very – and I’m looking forward to the next.  I think we started out just to make a good, traditional Rock N’ Roll record.  Somewhere around halfway through the recording process, I summoned the confidence to play Jimmy a couple of song ideas, which were “A Gentle Awakening” and “Signs & Signifiers”, two decidedly, uhhh, “abstract” takes on the Rock N’ Roll medium.  He was stoked.  We were in agreement. I think for the next record, we’ll be pushing songs in more experimental directions.  I’d like to apply contemporary, fresh ideas to everything I love about Rock N’ Roll.  There are elements of Bo Diddley in “Signs”, but it’s darker, and meditative.  “A Gentle Awakening” has some heavy things happening.  Our cover of Tiny Kennedy’s “Country Boy” has some off-center arrangement.  I think I mentioned mixing Raekwon from Wu-Tang and and Son House for that track.  That’s the stuff I’m most excited about.

What does the album title mean to you? A screwy nod to postmodern semiology.  Roland Barthes.  Art school pretentiousness.  Good times!

At first blush “Signs & Signifiers” seems quintessentially American music, what other influences are you moved by? I’d hope to think I have pretty broad and eclectic tastes.  Man, I love American Rock N’ Roll, and I gravitate towards it, but I am ultimately a student of all music.

How did Chicago become a part of your story? I was part of a fabulous band, The Stark Weather Boys. Great band, really high-energy stuff.  Incredibly loud and swinging drummer.  Really the first time I was focusing on musicianship – we were trying to play dual-harmony telecaster leads at maximum volume with total physical commitment.  Jimmy Sutton in Chicago happened upon our MySpace page and listened to the songs.  He invited us up to Chicago to play some shows, and we hit it off.  We started talking on the phone quite a bit, and he eventually asked me if I’d like to record at the studio he’d just finished building.  It grew from there. My last trip up there, Jimmy had a gig at Buddy Guy’s Blues Legends, so I tagged along.  I saw three or four blues bands that night, and it was like: “Gee, I’m in Chicago, watching blues at Buddy Guy’s place.”  It was like going to the Ford plant to pick up a Model T.

How was the album recorded? I had written about half the material on my own in Oklahoma, and the rest was put together in Chicago.  It was an incredible experience.  Alex Hall, who is an outstanding drummer, and also an outstanding engineer, would run into the control room, get the levels, start the tape rolling, then would run into the studio, hop on the drums, and we’d go.  A live performance situation.  It was effortless, man!  A great story about Alex – he was sitting at his drums, and we were going to rehearse the first song we’d ever played together.  It was “Dimes for Nickels”.  I said, “Man, I kinda want a “Chuck on Chess” thing for this one.  Not that fast, staccato way people usually play when they say “let’s play a Chuck Berry thing”, but that atmospheric, slow, rolling thing”.  Halfway through my sentence, Alex pulls out his wallet and lays half of it across his snare, and pulled out his keys and hung them on his ride, and started playing a slow, deliberate swing beat.  Boom, it was perfect.  I remember thinking, “I’m going to be OK. These guys are listeners.”  If you look at the “North Side Gal” video, you’ll see that Alex’s wallet is on his snare!

Does one have to use relics to capture that sound? Your temper and intention can be affected by your tools and atmosphere.   Recording live to one or two tracks with all of these amazing tube-powered, gun-metal grey, industrial-looking artifacts affords stacks of atmosphere. I’m not sure you HAVE to use mid-century equipment to capture that sound, but it sure puts you in a mood.  Hi-Style studio feels good to be in.  It’s a very special place to record.  Jimmy has built something special over there.  Capturing live performance in-studio is a diminishing art.  I recently read that Frank Black likes recording that way – you can catch some very special things.

Would your style be different if you weren’t from Oklahoma? It would, it would.  I’m in love with having grown up in Buffalo Valley, Oklahoma.  I’m incredibly proud of my state’s rich musical history. Charlie Christian grew up here, for Pete’s sake. I’m very grateful for growing up in a rural environment, and to hear old guys play country music at the Yanush community center, and to eventually drive to Tulsa and watch N.O.T.A. at the Cain’s Ballroom. Can you imagine?  Hardcore punk in the home of Bob Wills.  At 15 years old, I was playing Conway Twitty songs at pie suppers with my best friend’s Dad’s Country & Western band, and at the same time we were working on our little punk band, driving to Tulsa and Fort Smith to look for Dead Boys records.  My Dad is a jazz and blues fanatic, and he was giving me these little Muddy Waters and John Lee Hooker tapes.  I consider myself to be very lucky, all the wonderful music I was exposed to.  Oklahoma is such a great place.   I’m even growing more comfortable with my accent in polite conversation.

A spaceship lands in your back yard – they want to understand rock & roll, what do you play them? “Keep A Knockin'” as performed by Little Richard on Specialty Records, 1957.  Man alive, that record is a SHOT OF LIFE!